Capitol Youth Chorale (CYC) was formed in the late 1970’s as a choir group in Olympia, WA with the purpose of voice instruction, concert, and competition. Part of the year long curriculum and contest included a week retreat at camp that brought kids and music instructors to one place for a week of focused musical training. They began to meet an environmental learning center at Washington State Parks, Fort Flagler, and we still hold camp there today.

Capitol Youth Chorale Camp is now a registered Non Profit in Washington State, supported by registration fees, our generous volunteers and the charitable gifts of those in our community.

We are now nearly 42 years strong, and have become a treasured institution in the South Puget Sound. Thank you for your support!

The facilities at Fort Flagler State Park were utilized early on, and CYC is the second longest tenured group to be using the state park facility. If you are not familiar with Fort Flagler it is a special place in Washington. Originally the Department of Army first commissioned an outpost, and later a fort, at the location at the time of statehood. The complex saw several build-ups and tears downs over the war years (1st, 2nd, and Korean conflict) which brought much change infrastructure to what is now a beautiful state park.

Our camp utilizes the housing and buildings that were constructed in the build of World War II as part of the fortification and protection of Puget Sound. The weather is always perfect, the sounds and surf inspiring, and the CYC overlap creates a special time for both kids and staff. 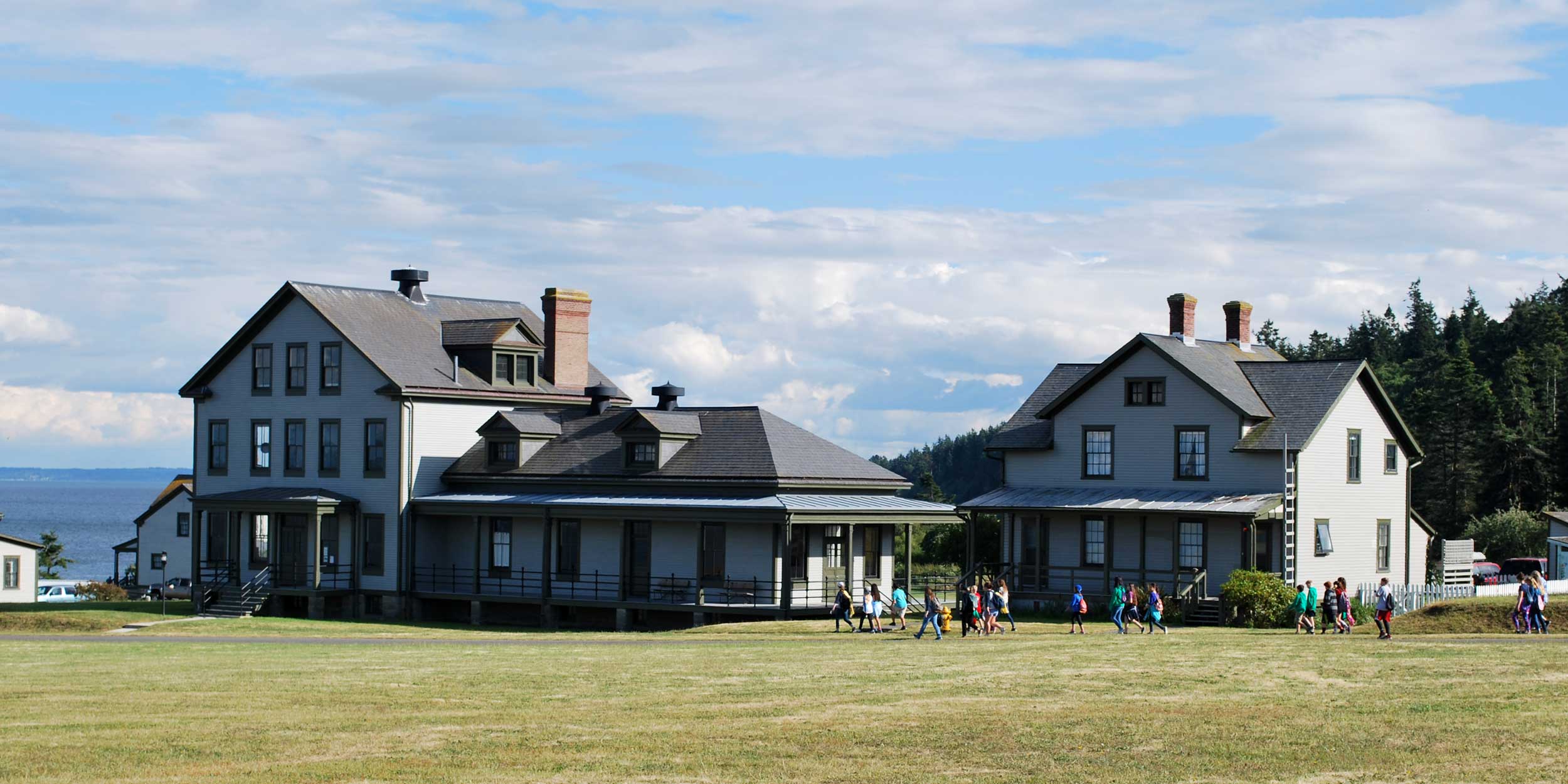 Send your mail to:

Interested in more information about camp? Want to support a camper scholarship?